Why Short Rifles, and Why Does the ATF Hate…

In the wake of a shooting in Boulder, Colorado where the killer used a braced pistol, the Biden administration has zeroed in on banning pistol braces as a response (among other things). This is the second attack against braces in only a few months; in case you missed it, last December the Bureau of Alcohol, Tobacco, and Firearms (ATF) recently opened a docket seeking comments on a proposed brace “clarification.” With that clarification, the Bureau intended to set a stronger precedent for administratively determining if a firearm sample received is in violation of the National Firearms Act (NFA) when equipped with a “stabilizing arm brace.”

While the ATF didn’t explicitly say they were going to ban braces—they don’t actually have the authority to directly regulate individual accessories and mentioned it directly in their December attempt to “clarify,” which is also why the bump-stock ban was so egregious—they did make a number of perfectly-vague statements about how they intend to determine if a braced firearm is in violation for future investigations. Coincidentally, they opened it for comment over a holiday weekend when fewer people would be paying attention, and only had the comment period open for 14 days. There is question whether or not this short of a period was even lawful under current law, but the ATF hasn’t let the law stand in their way before.

After nearly 80,000 comments, the ATF decided to pull the notice of intent to make clarifying decisions at the time. But one can only assume with the latest “executive action” that it will be reopened, and with David Chipman potentially at the helm of the ATF, we can safely bet it will be pursued aggressively.

What’s with the ATF’s Recent Fixation on Braces?

Beyond the Boulder shooting, anyone who is the least bit familiar with the ATF knows that hey have a long history of being very angry when someone tries to, with full adherence to the text of the law, “work around” something that either the NFA or GCA grants them power to regulate. Some notable examples are the Akins Accelerator and the shoestring that was considered a “machine gun” in the same way that a Lightning Link—a small device that sits in the fire control group of an AR-15 and makes it full-auto—was considered an “automatic” in-and-of-itself.

In this context, the brace can be perceived as “working around” short-barrel-rifle regulations (SBR). If you’re unaware, a rifle configured with a barrel length shorter than 16″ is considered an “SBR.” Today, a citizen may not own a rifle with a barrel under 16″ unless they pay a $200 tax to the ATF with the appropriate Form 1 or 4. However, pistols can obviously have barrels under 16″, do not require ATF permission, and it so happens that most rifles can be configured legally as pistols.

Pistols and rifles have a very specific definition in federal code. When affixed to a firearm, the stabilizing brace―a device not designed or intended to be used against the shoulder like a stock―does not cause that firearm to meet the definition of a rifle under current law.

Therefore, like in the example shown above, the brace allows citizens to lawfully own something like an AR-15 with a barrel under 16″. Nice!

But why does this regulation exist in the first place? Because when the NFA was first drafted, it aimed to ban pistols—the kind of firearms used in the most killings at the time in the 30’s when it was proposed. In an effort to prevent having citizens cut down their rifles to pistol-sizes and thereby circumventing the desired handgun ban, the drafters of the NFA created the onerous “SBR” (and short-barreled shotgun, aka “SBS”) classifications, which made illegal cutting a rifle barrel down below 16″ without first seeking permission from the feds. As it turned out, the sponsors couldn’t get support for the wholesale ban of handguns, and that part was tossed out—but not the SBR and SBS provisions. The NFA passed, and we’re living with it nearly 100 years later in all it’s asinine and capricious infamy.

Fast-forward to 2008, where the Supreme Court states that, in a cruel (and deserved) twist of irony for the champions of the NFA, the handgun is recognized as the core class of protected firearms within DC v. Heller. In just a little over 70 years after it’s creation and enactment, the NFA—which existed primarily to ban handguns—has been directly undermined by that single Court decision.

Unfortunately 12 years later we’re still left with a patchwork of pointless federal regulations that could fine and imprison you for $250,000 and 10 years for owning an unregistered AR-15 with a conventional stock and popular 11.5″ barrel. But a Tavor X95, which when configured with a NFA-compliant 16″ barrel, is still physically shorter than a non-compliant AR-15—yet is perfectly OK to own without first registering it via a Form 1 or 4. Nevermind that owning a pistol with a 5″ barrel is considered the core of a Constitutional right, dramatically shorter than both aforementioned.

A Case for the Brace (and All Short Rifles)

So why is the market exploding with AR-pattered (and others) pistols, equipped with braces? I believe the answer is simple: shorter barrels makes the firearm lighter, handier, and easier to wield in tight areas—like your home—compared to an NFA-compliant version of the same firearm. They especially benefit shooters of smaller stature, who might otherwise have difficulty using something large and unwieldy like a classic A2-configured rifle, therefore opening the door for effective self-defense options for people of any size. Coupled with the explosive growth of suppressors, the shorter configurations confer a lot of benefits with comparatively few negatives—once the ATF is out of the way. As an added bonus, many states don’t regulate these specific pistol configurations differently, so it makes doing things such as transporting it across state lines to hunt or shoot potentially less complicated.

Despite the the widespread proliferation of “stabilizing braces” that has been ongoing and growing for the last decade, we’ve (obviously minus one example) have not seen a notable uptick in violent crimes committed with these pistol-configured firearms. We have however seen many people adopt firearms that offer significant improvements over their longer counterparts. This is a major win as it has transformed unwieldy rifles into nimble not-rifles, broadening their appeal and adoption. It’s also enabled shooters with physical disabilities to own and use pistols in common rifle-calibers that were otherwise inaccessible to them prior to the invention of the stabilizing brace. Everyone of all shapes and sizes and abilities has the right to effective and modern arms, and nobody should be limited in selecting the right configuration because some dead folks 70 years ago missed the intended mark on their handgun ban.

Tactics and equipment changed over time as collective experience shined a light on the shortcomings of long-barreled rifles in certain settings. The buyer wanted shorter configurations and market responded. The trend will only continue. It’s impact on the market has been significant and has likely been a net-positive in arming the common man. Because of this the brace―silly as some might see it―is worth owning, saving, and fighting for.

Without Fresh Voters, the 2A Has No Future 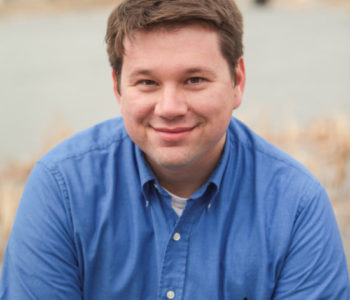